The Cosmos network consists of many independent, parallel blockchains, called zones, each powered by classical Byzantine fault-tolerant (BFT) consensus protocols like Tendermint (already used by platforms like ErisDB). Some zones act as hubs with respect to other zones, allowing many zones to interoperate through a shared hub. The architecture is a more general application of the Bitcoin sidechains concept, using classic BFT and Proof-of-Stake algorithms, instead of Proof-of-Work.Cosmos can interoperate with multiple other applications and cryptocurrencies, something other blockchains can’t do well. By creating a new zone, you can plug any blockchain system into the Cosmos hub and pass tokens back and forth between those zones, without the need for an intermediary. While the Cosmos Hub is a multi-asset distributed ledger, there is a special native token called the atom. Atoms have three use cases: as a spam-prevention mechanism, as staking tokens, and as a voting mechanism in governance. As a spam prevention mechanism, Atoms are used to pay fees. The fee may be proportional to the amount of computation required by the transaction, similar to Ethereum’s concept of “gas”. Fee distribution is done in-protocol and a protocol specification is described here. As staking tokens, Atoms can be “bonded” in order to earn block rewards. The economic security of the Cosmos Hub is a function of the amount of Atoms staked. The more Atoms that are collateralized, the more “skin” there is at stake and the higher the cost of attacking the network. Thus, the more Atoms there are bonded, the greater the economic security of the network. Atom holders may govern the Cosmos Hub by voting on proposals with their staked Atoms.

The open, scalable, and interconnected economy of the future.

Earlier @FreeFlixMedia pledged support for Cosmos India's community. We now strengthen this partnership by playing the role of a creator & curator by providing access to content and linear broadcast feeds of the multiple events within the Cosmos India ecosystem. https://twitter.com/FreeFlixMedia/status/1318258274790113280

Hey everyone! It was a pretty exciting last week with the launch of #CosmosTV, updates to the FreeFlix Studio web2 & web3 implementations and more!

Read it all on -
https://freeflix.substack.com/p/our-week-in-freeflix-media-19th-october

A total of 200,000 of Persistence’s native $XPRT tokens (worth $50,000 at the most recent valuation), will be allocated to $ATOM stakers during the campaign. 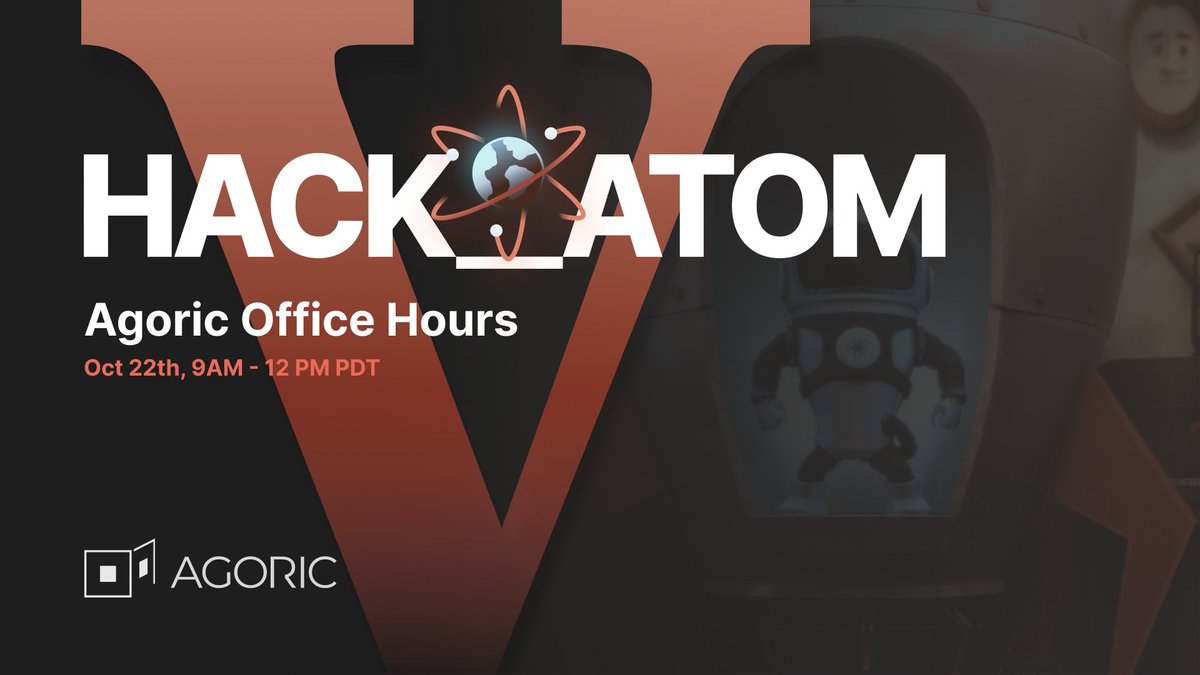 For all the coders out there building their #DeFi dApps in Cosmos for #HackAtomV using @agoric Alpha, come over #HackAtomV @cosmos discord channel today during 9am PDT -12pm PDT & get your questions answered.

For all the coders out there building their #DeFi dApps in Cosmos for #HackAtomV using @agoric Alpha, come over #HackAtomV @cosmos discord channel today during 9am PDT -12pm PDT & get your questions answered.